In the LeGroup we work with the principle theory based, design oriented. This means that relying on theoretical understanding of and empirical research on what makes sense in teaching and learning, we aim to create new ways of doing things with new tools designed in the group.

We have several new prototypes. Many of them have been already presented in some conference or in a research article. Some of them are relatively mature prototypes when some of them are still proof-of-concepts. We also have some new publications and conference presentations we have been working on lately. You will find a list of them from the end of this post.

Feeler prototype seeks to foster reflection about learning experiences through EEG data. The tool uses a brain waves self-monitoring device and visualizes the data through a desktop app. In Feeler, users are invited to follow a script that divides an academic task in three moments: 1) meditation, 2) study and 3) assessment. When using Feeler, learners interact with a set of tangible and “smart” objects (Arduino + Bluetooth).  Each object is used in a specific moment of the script. 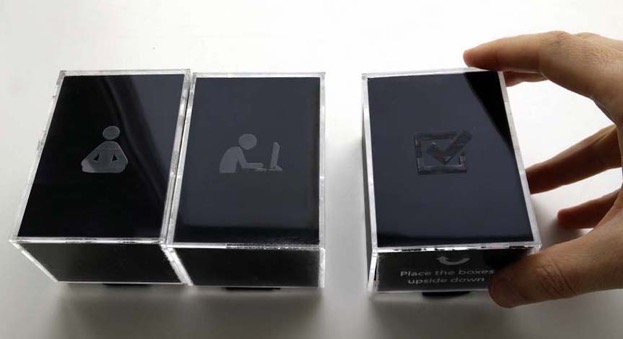 July 2015 the first prototype was ready and several user tests with the MA students were carried out. Interviewees provided valuable feedback and as a result, we identified many aspects that need to be redesigned. Once the data analysis is completed, we will share the results in some academic venue, as well as start working on next Feeler design iteration.

Social Augmented Reality (Social AR) app is a mobile application for sharing information in a work context. With the Social AR the user may share their vision with a video communication and drawing on the video feature. It has been designed primary for people in a need of sharing their locational and manual work tasks with their peers. In February 2015 we made a proof-of-concept implementation as a web app. The web-based prototype will be further developed for mobile devices within coming months.

In September 2015 the Social AR will be presented in the Academic Mindtrek conference and in the Pixelache Festival.

Kataja is a software instrument for learners to take their first steps in syntactic theory and for researchers to explore and present syntactic theories. Kataja is designed to be visually engaging environment that can as well be used in teaching situations and in private study. Work on syntax trees is made visible through animation and by expanding the existing notation of constituent trees to include information about the current syntactic theory. Enhanced visual feedback helps the audience and peers to see the operations used in linguistic analysis and their consequences. It is being developed as doctoral thesis work in LeGroup by Jukka Purma. https://github.com/jpurma/Kataja

Edukata is a participatory design model for teachers. It is not a technology prototype, as a such, but rather a set of guidelines in a form of a book and a website for organizing educational change management and development of teaching practices. Edukata was completed in autumn 2014, and the translations of the book to seven languages were finished during early 2015. http://edukata.fi

Ach so! is a mobile app for recording, annotating and sharing clips of interesting findings and situations at work. In the last six months we have developed several new features for the Android app. Final features that is functions for group working are close to finish now, and the development of Ach so! has reached its end point. As a final assignment, Ach so! will get an iOS version at the end of this year. http://achso.aalto.fi/

Ach so! has not laid on developers’ desk but has been applied as a reflection and documentation tool for exercises of nurse students and training of apprentices at construction sites during past months. User experiences and expectations showed that the design of Ach so! met the main educational objectives as a learning tool. Outcomes of the field tests will be presented in September 2015 in the European Conference on Technology Enhanced Learning (ECTEL 2015) conference in Toledo, Spain and will later published in the conference proceedings.

Kinemata is a wearable device that captures the user’s body movements for the purpose of learning. 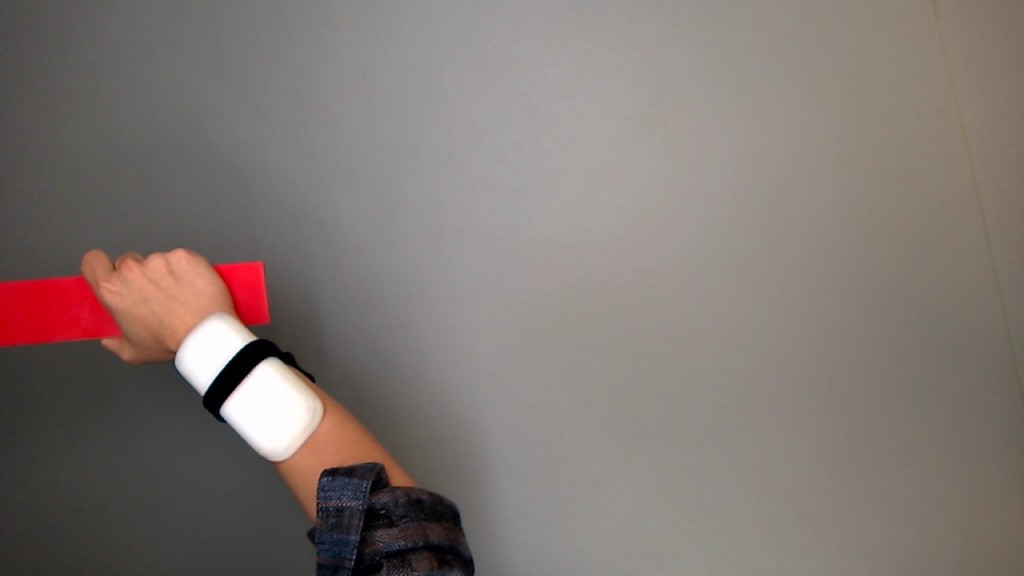 When performing actions, Kinemata users get visual, audio and tactile feedback, which helps them become aware of their actual movements. A working prototype of Kinemata was presented during the last Media Lab demo day in spring 2015. Results of the data collected during several tests will be presented at the ECTEL 2015 conference’s Design Challenge: Envisioning Wearable Enhanced Learning. http://kinemata.info

Here is a list of the latest publications and conferences.

Durall, E., Leinonen, T. (2015). Why do we want data for learning? Learning Analytics and the Laws of Media. In B. Gros, Kinshuk and M. Maina (Eds). The Future of Ubiquitous Learning. Learning Designs for Emerging Pedagogies, (59-72). Lecture notes in Educational Technology. Springer Berlin Heidelberg.

Pejoska, J. Social Augmented reality demo at the Academic Mindtrek Openmind conference in Tampere, Finland on the 23-24th of September.