What is coding in school in practice? The Finnish national curriculum takes coding farther than any other European country. In Finland, starting fall 2016, coding is a mandatory, cross curricular activity that starts from first year of school. Coding becomes another learning skill for pupils to utilize when appropriate. No other European country has taken as advanced an approach to coding.

Our group is involved in the design and implementation of a MOOC for Finnish primary and lower secondary education teachers (Koodiaapinen), with over 6% of the teacher base participating during the autumn of 2015. We’re also involved in the TACCLE3 project, where we with other partners look at engaging young people in STEAM across Europe. 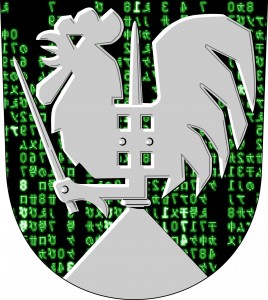 Our experiences with our teacher MOOC might be useful in other European countries. But to understand how compatible the Finnish approach is, it’s useful to take a look at how coding is being rolled out in various European countries.

An excellent resource for this is Computing our future – Computer programming and coding – Priorities, school curricula and initiatives across Europe published by the European Schoolnet. It’s now 12 months old, so some new advances may have occurred. If you’re aware of new developments in your country, let us know.

Coding in school, according to the Finnish curriculum

The Finnish national curriculum for primary and lower secondary education is renewed every 10 years. A new curriculum becomes effective in the school year 2016-2017, but the text of the curriculum has been finalised at the end of 2014, so municipalities and schools have over two years to prepare for it.

Here are the key points (as I’ve understood them) regarding coding in school according to the new Finnish curriculum:

Comparing Finland and the rest of Europe

Looking at the information in the report by EUN, the approach taken in Finland is unique, but not extreme. The same aspects are found in other countries’ curricula, but not in any single country’s curriculum.

Age range: Of the 20 countries surveyed, 7 have included coding in primary education (grades 1-6) as Finland has. Of those, only two (England and Belgium) have coding as a mandatory requirement, others have it only as an optional offering.

Cross curricular approach: Most countries position coding either as part of ICT courses or a specific coding course. Only one other country has coding as a cross curricular element in other subjects: Italy. Italy also mentions coding in primary education, but not as a compulsory element. Denmark and Spain allow regions or schools to decide independently, so approaches in those countries may vary quite a bit. Belgium, Luxemburg and the Netherlands had not decided on this at the time the report was compiled.

No other country has the same approach as Finland. The Finnish curriculum includes coding as a mandatory, cross curricular theme starting from first grade (preschool, even). The closest match within Europe is Italy, the difference being that coding in primary education is not mandatory there.

So, to conclude, the Finnish approach to coding in schools is not so extra-ordinary that experiences from Finland could not apply to other European countries. There are enough common elements, but Finland seems to have taken coding farthest, positioning coding as a new learning skill to complement reading, writing, drawing, and calculating.

When looking at Finnish schools and their preparations for including coding in their everyday practices, the findings might be most directly applicable in Italy, followed by Denmark and Spain. Finland and Italy treat coding as a basic tool that permeates all teaching, whereas in other European countries, coding happens as part of ICT courses or as separate coding courses.

It is my educated opinion that the approach in Finland can be a model for other European countries in how they view coding and its role in schools. There are numerous studies and experiments going on in Finland, and starting next fall coding is part of schools and lessons will be learned. Our research group will highlight results in English in the coming months and years. Stay tuned.

1 thought on “Coding in school: Finland takes lead in Europe”